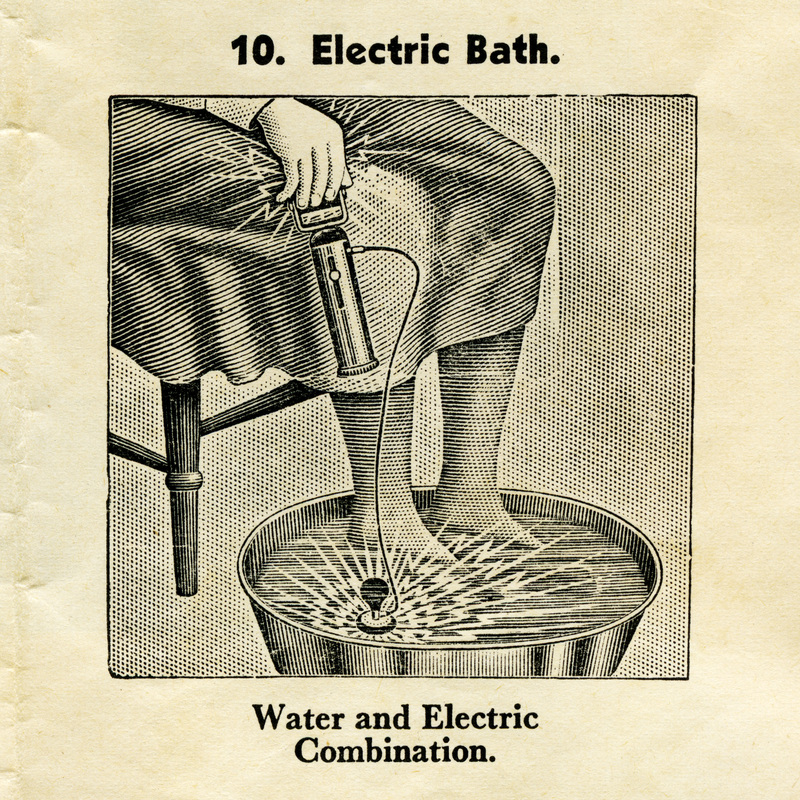 Katie is a content creator and writer from Birmingham, UK. Passionate about menstrual, environmental and social justice & driven by the need for integrative education and intersectional advocacy.

What is a TENS machine?

TENS: Transcutaneous Electrical Nerve Stimulation. It may sound complicated, but it’s quite simple: a device produces electrical currents that stimulate the nerves in our body, the result is a pain therapy that doesn’t require medication. Electrodes, usually (no more than two) gel pads, are attached to the skin at the affected area.

These electrodes conduct electrical currents created by the TENS machine to our nerves, in the form of small electrical impulses. The impulses’ function is twofold, both suppressing pain signals sent to the brain via our nerves and stimulating the production of our natural pain killing chemicals, endorphins and enkephalins. These impulses can have varying frequency

(the number of waves passing a fixed point per second), varying intensity from sensory (strong but comfortable) to motor (causing contractions in the muscles) and can be delivered in different combinations of frequency and intensity, based on the requisite function. Generally, if a high frequency is used, a low intensity is used too, and vice-versa.

What have they been used for historically?

You might be surprised to find out that the concept of electrical stimulation for pain relief is recorded as far back as Ancient Roman times, when court physician to Emperor Claudius, Scribonius Largus, stood on an electrical fish and noticed that his pain disappeared.

1600 years later a useable ‘electrostatic’ device was created, aiming to generate electricity from friction. Notably, Benjamin Franklin advocated potential medical applications, such as relief from headaches and other general ailments. Despite significant scientific interest in these ‘electrostatic’ devices from the 16th to 18th Century, there is little evidence that they were safe, let alone effective.

It wasn’t until the 19th Century that electrical devices became popular, even fashionable, for pain relief. They often made bold claims about their application. The ‘electreat’ was semi-portable, and used rollers to conduct electrical currents, claiming to cure anything from hay fever to deafness.

Luckily, in the 20th Century these experimental machines fell from medical grace, there was no empirical evidence about their efficacy, safety or application. 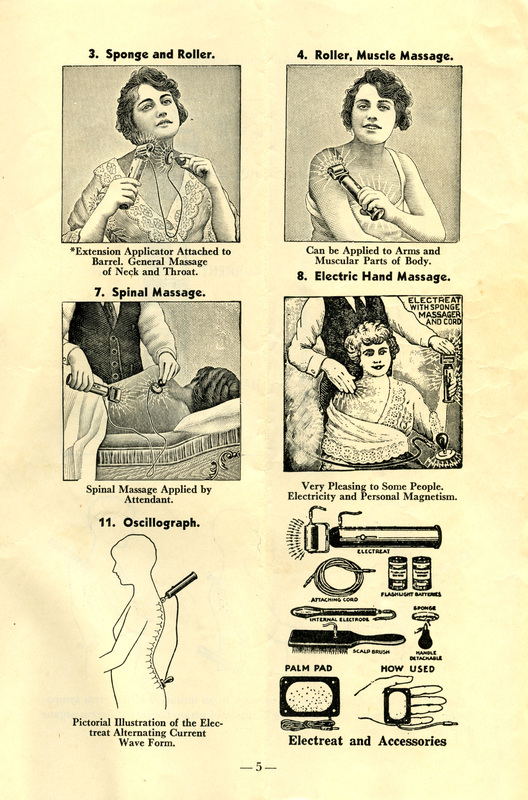 The mid 1900s saw somewhat of a revival for electrotherapy – during a time that science was beginning to understand electricity and medicine on a far deeper level.

In 1974, C. Norman Shealy developed the first ever wearable TENS machine, but it wasn’t intended for pain relief. Rather, it was used to test the tolerance of people suffering chronic pain before fitting a pain-relieving implant into their spinal cord. Many patients never turned up for their implant, finding an impressive amount of pain relief from the TENS machine itself.

Since then, TENS have been used for a variety of conditions, and research into their efficacy continues today.

So, can they help people suffering from menstrual pain?

Menstrual pain – or dysmenorrhea – is unavoidable for many of us, and ibuprofen and paracetamol rarely cut it when it comes to finding a ‘moment’s relief’.

TENS machines were first demonstrated to be an effective treatment for dysmenorrhea in 2002 and since then trials have continually shown TENS to be safe and effective in providing pain reduction. The quick set-up allows them to relieve pain almost instantaneously; the ability to use the treatment as long or as little as needed according to our needs has far reaching implications for modern menstrual pain relief.

Specific settings and clinical considerations are still widely debated, but as people find out for themselves how much potential this treatment has, tech companies are funding more and more research, and competition between companies only serves to fuel the fires of development. 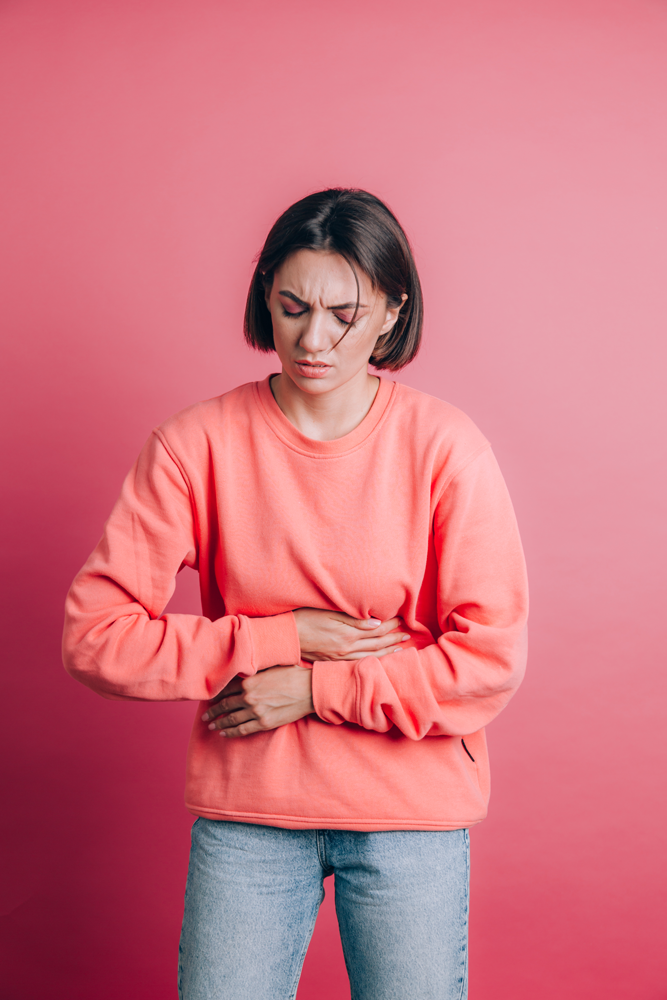 The advantages of a non-invasive treatment like this speak for themselves.

The need to manage medications and side effects is removed, as is the need for surgical intervention in milder cases. The machines themselves are inexpensive, and only need to be purchased once. The portable nature of modern devices means they can be used both at home and out and about, with little hassle.

Nothing is without limitations. For TENS machines, it’s the fact that they are not suitable for people with pacemakers, epilepsy, or certain heart conditions. Hugely disappointing for the many people included who experience dysmenorrhea but potentially something that could change in the future.

All in all, thanks to their affordability, these machines are revolutionary for people suffering painful periods all over the world.

Their application to menstrual pain is still relatively new, with huge development and research potential – if they are this effective already, imagine where they could take us.

“The use of transcutaneous neural stimulation and isokinetic testing in arthroscopic knee surgery” – This article includes the early history of TENS machines.

“Effectiveness of Transcutaneous Electrical Nerve Stimulation for Treatment of Hyperalgesia and Pain” – This article includes a very accessible scientific explanation of how TENS machines work.

“Transcutaneous Electrical Nerve Stimulation (TENS) for Primary Dysmenorrhea: An Overview” – This article talks about the earliest use of TENS for dysmenorrhea, and the progression of scientific understanding of TENS for this application.

This is a very charming image of the ‘instruction manual’ for an early TENS machines – the Electreat.

This is an abstract from “Gynaecology of middle-aged women–menstrual and reproductive histories” and gives an average amount of time that people will bleed for in their lifetime.

Want to be empowered by knowledge?
Sign up to our Newsletter and get you free paper "Why treatment for dysmenorrhe is not good enough"